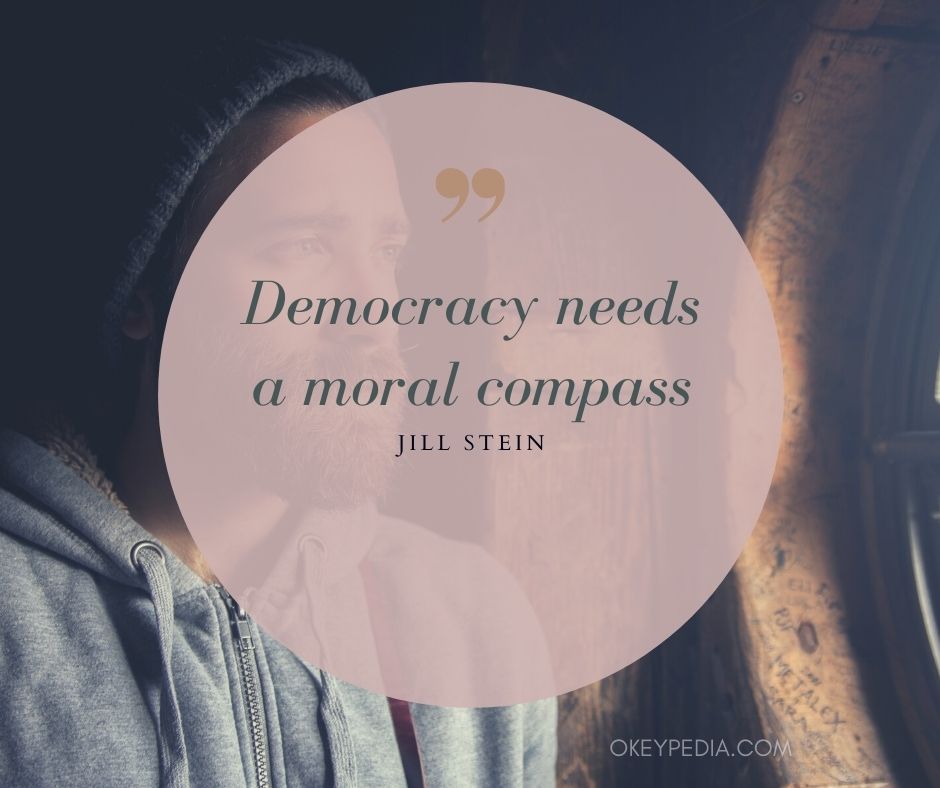 A sense of shame is not a bad moral compass.” – Colin Powell

Sometimes, in order to follow our moral compass and/or our hearts, we have to make unpopular decisions or stand up for what we believe in. – Tabatha Coffey

The good man is the man who, no matter how morally unworthy he has been, is moving to become better. – John Dewey

Without a moral compass the human mind will justify anything. – Mehrnaz Bassari

A nation cannot be truly great without a moral compass.” – Marcia Fudge

The men can have a moral compass that is just unshakeable, they can have ethics that run to the core. – Lupe Fiasco

Integrity is doing the right thing, even when no one is watching. – C.S Lewis

The Holocaust teaches us that nature, even in its cruelest moments, is benign in comparison with man when he loses his moral compass and his reason. – Samuel Pisar

There is no higher value in our society than integrity. – Arlen Specter

The integrity of men is to be measured by their conduct, not by their professions.” – Junius

Much of the world’s moral compass is broken. The moral north reads south and the moral south reads north. – Dennis Prager

Morality which is based on ideas, or on an ideal, is an unmitigated evil.” – D.H. Lawrence

Integrity without knowledge is weak and useless, and knowledge without integrity is dangerous and dreadful. – Samuel Johnson

I lost my moral compass and I have done terrible things that I very much regret. – Andrew Fastow

The right moral compass is trying hard to think about what customers want. – Sundar Pichai

The biggest challenge, I think, is always maintaining your moral compass.” – Barack Obama

If people use common sense and their own guiding moral compass, I think they’ll generally stay out of trouble. – Steve Chabot

You have to follow your moral compass: it’s a good guide of telling you what is right and wrong. – Cailee Spaeny

Image is what people think we are; integrity is what we really are. – John C Maxwell

Subtlety may deceive you; integrity never will. – Oliver Cromwell

Supporting the truth, even when it is unpopular, shows the capacity for honesty and integrity. – Steve Brunkhorst

In the worst of times the best among us never lose their moral compass, and that is how they emerge relatively unscathed. – Henry Rollins

Nothing is at last sacred but the integrity of your own mind. – Ralph Waldo Emerson

My moral compass swings far to the left, but when it comes to gratuitous violence, I have trouble.” – Michael Biehn

If you have a moral compass, and you stay with it, people will always gravitate towards you. – Carol Alt

There’s harmony and inner peace to be found in following a moral compass that points in the same direction regardless of fashion or trend. – Ted Koppel

We have become so addicted to our greed-driven habits that we have lost our moral compass and don’t know what is right and wrong. – Sharon Gannon

So I’m just waiting until one party or the other actually gets a moral compass and a backbone.” – John Perry Barlow

Morality makes you a better human being, and everything is better when you live your life morally.” – Dr. T. P Chia

Real integrity is doing the right thing, knowing that nobody’s going to know whether you did it or not. – Oprah Winfrey

Integrity is your destiny-it is the light that guides your way. – Plato

I believe in the teachings of Christ. I think that’s a good way to set your moral compass.” – Margo MacDonald

The highest possible stage in moral culture is when we recognize that we ought to control our thoughts.” – Charles Darwin

If everyone got a divorce and looked for a second wife, the Coptic family would lose its moral compass. – Pope Shenouda III

The moral compass was only ever a means to an end and the end is survival of the individuals who use it most creatively.” – Derek Robertson

Do not be too moral. You might cheat yourself out of much life. Aim high above morality. Be not simply good; be good for something.” – Henry David Thoreau

We need to elect leaders who have a strong moral compass. Leaders who are honest, straightforward, and tough – with a love of justice and fair play.” – Ed O’Neill

You come before me this morning with clean hands and clean collars. I want you to have clean tongues, clean manners, clean morals and clean characters.” – John E. Burns

We have, in fact, two kinds of morality side by side: one which we preach but do not practice, and another which we practice but seldom preach.” – Bertrand Russell

Some expressions from various quotes about moral compasses can make you change your life to be more excited and quotes on for motivation in living experience for the better.